If I were to ask you when the final battle between a Panzer IV and a Sherman took place, what would be your answer?

How many people said 1945? Well it was later than that, a lot later. During the 1967 Six Day War in fact. After their defeat in the Israeli War of Independence and the following years the Syrians brought in advisers to help train their army. These were predominantly German ex-soldiers. These advisers convinced the Syrians they needed more armour. So the Syrians went shopping and from about 1959 they started to acquire Panzer IV's, Stug IIIG's, a handful of Jagdpanzer IV's and even the odd Hummel. The tanks seem to have been sourced from both Czechoslovakia and France, although some may have come from Spain as well. They saw action on the Golan heights during the War over Water. However when the Israelis deployed Centurions the old German tanks were forced back. The Syrians then started to receive Russian support, such as T-34/85's and T54's. From then on the tanks remained in positions on the Golan heights.

At the start of the Six Day War the Syrians tried a limited offensive. However due to a variety of reasons (and a good study of "how not to do it") the attack was defeated. One of the reasons was bridge width, as the tanks advancing were too wide for the bridges, and the Syrians lost several tanks drowned in rivers. The other major factor was the Israeli Air Force mounting a sustained and deadly attack after catching the Syrian Air Force on the ground. After the attack was defeated the Syrians restricted themselves to firing bombardments into Israel. For their part the Israelis didn't want to push the Syrians to avoid fighting on too many fronts. However this changed on the 9th of June when the Israelis attacked. 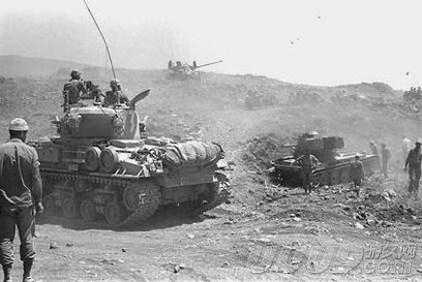 The 8th Armoured Brigade consisting of M50 and M51 Shermans attacked. Around Tel Faher and Tel Azaziat there were several Panzer IV's, and at least one Stug III. One source suggests there was four Panzer IV's at Tel Faher. All the German tanks were well dug in with minefields and infantry. The infantry were armed with Soviet anti-tank weapons. 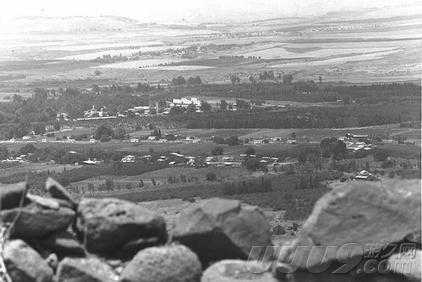 The Israelis attacked with eight Sherman Dozer's leading the advance to clear the minefields, however five were destroyed by defending fire. The 8th Brigade also took heavy losses in Shermans.

In the early afternoon after pushing forward in half tracks the Israeli forces had reached the base of the hills that the Syrian positions were on. However the crawl across the open ground had cost them dearly. Only 25 soldiers remained combat ready. These were split into two groups who stormed the two fire bases. At Tel Azaziat of the 13 men who attacked only three survived the assault. At Tel Faher the casualties were worse. Of the 12 attackers only one man survived.

During this battle at least one of the Sherman's destroyed a Panzer IV. A study of the wrecks in the area shows that one of the Stugs was hit three times by a Sherman, and a fourth hole was caused by ammunition cooking off and punching out from the inside of the vehicle. 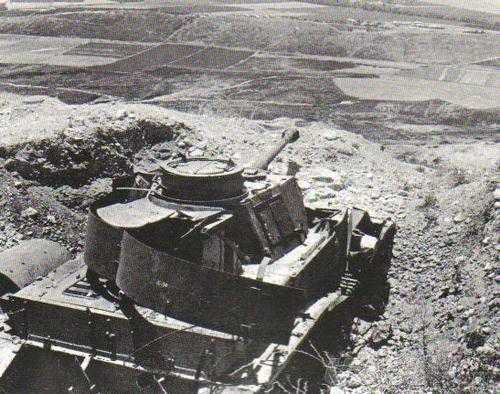